A great security system allows churches to ensure that anyone on their grounds or near the building is monitored and not able to cause any problems. All churches, regardless of their size and their budget, need to make sure that they take steps to keep their parishioners safe, which is why a security system is so important.

Having one allows churches not only to monitor grounds and to record video of problems but also to pass that video onto the police to solve a crime, if necessary. Swann has a long history of producing high-quality security systems that are incredibly easy to set up, and the 8 Channel DVR is no exception.

What Is the Swann 8 Channel DVR?

This is a powerful security system that makes monitoring a church and its grounds easier than ever. While many systems are wireless, which is an advanced feature, but can decrease the range of the cameras to the main hub, the Swann 8 Channel DVR does use wires, which helps ensure clear video at all times.

With eight cameras on this system, it’s easy to see how easily it can be used to cover larger areas around a church, providing plenty of security that is not only reliable but also easy to control and to adjust.

The small cameras are designed to be easy to mount in many locations and to stay out of the way so that they are not as visible to people coming onto the property. As a 1080p security system, it doesn’t offer the highest quality of some Swann systems, but it is still a great option for many churches.

Who Is this Security System Designed For?

This system is designed for any church that wants to set up a security system so that they can monitor activity around or inside of their building.

It’s designed to be easy enough for a security team to set up on their own, which means that the church won’t have to pay a third party to install it for them, saving on overall costs and ensuring that it is set up and ready to use right away.

With the ability to handle eight security cameras, it’s perfect for any church that has a lot of specific areas that they want to monitor around their building.

Each of the cameras has a range of 80 degrees. While this isn’t the largest range of any system on the market, it is generally large enough to handle seeing big areas around the church.

Thanks to the night vision that can work up to 100 feet, the Swann 8 Channel DVR is perfect for peace of mind late at night. The reliable wired connection is perfect for any users who are unsure of relying on WiFi for such an important task.

Check out this unboxing video of the Swann 8 Channel DVR. 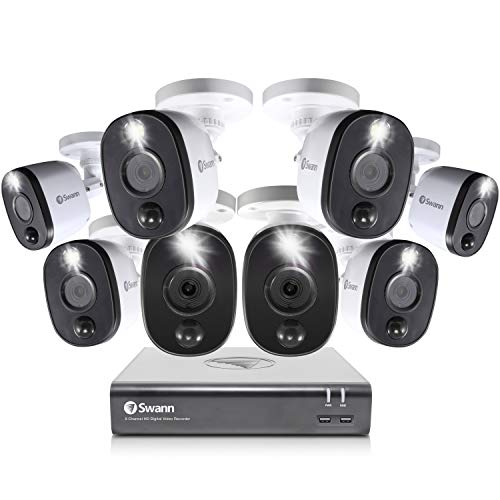 The Swann 8 Channel DVR ships with eight bullet cameras, as well as a durable hard drive.

Churches need to make sure that they have wires long enough to set up the cameras in their desired locations when they receive their system so that they can set it up right away.

One of the main features of the Swann 8 Channel DVR is that it boasts full HD 1080p, which means that users can easily zoom in on details such as faces, license plates, and other distinguishing marks, which can be necessary to help identify intruders. Other great features that it offers include:

The durable bullet cameras really set this security system apart from others on the market. They are designed to be some of the highest quality and most durable options available, which prevents them from being damaged.

Alternatives to the Swann 8 Channel

While the Swann 8 Channel DVR is a great security system, it’s always a good idea to have an option in mind. The ANNKE Surveillance Camera System is a great alternative and offers similar night vision and clarity. It does, however, provide the option for users to set up motion detection areas so that they can get alerts regarding any movement in those areas.

The Samsung Wisenet SDH-B84041BF is another wonderful alternative to consider. While it only ships with four bullet cameras, the cameras all boast angles of 105 degrees, and users can set up not only motion zones but also privacy zones.

The available app is easy to connect and makes it simple to view alerts from movement inside these zones, alerting the security team immediately to a problem in the area.

Conclusion – Will You Be Happy with the Swann 8 Channel DVR? 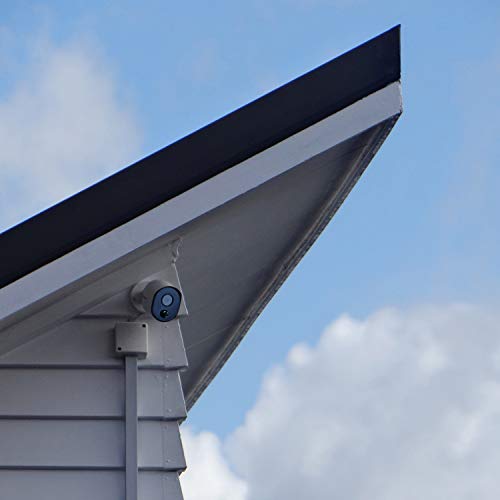 The Swann 8 Channel DVR is different from a surveillance system because it doesn’t allow the user to set up parameters for when the app will notify them of a trespasser. It also doesn’t allow users to communicate via two-way radio with people they see on the screen, which can be frustrating for some churches.

However, the Swann 8 Channel DVR is a powerful security system that offers great recording and fast playback, which is perfect for its use as a recording device to monitor and protect a church and its grounds.

The price is a little higher than other similar options on the market, but that is because Swann is known for producing such high-quality equipment. As long as the money is there in the budget, this is a great option.

Because it is designed to be so easy to set up, the Swann 8 Channel DVR is perfect for any church that may not be very electronically savvy. Rather than worrying about safety over WiFi, this wired unit is ideal because it decreases concerns about the system being hacked.

To monitor and record movement in and around the church, it’s difficult to find an option that is much better than the Swann 8 Channel DVR, as it is powerful, easy to use, and is easily expanded to include eight cameras, if necessary.